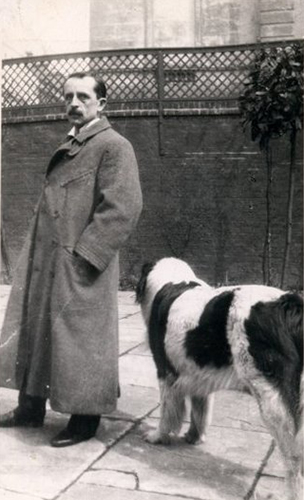 Possibly the most famous Newfoundland in English literature is Nana in Peter Pan, the creation of J.M. Barries (1860-1936). James Matthew Barrie was a Scottish journalist, playwright and children's book author and was created a baronet in 1913.

Barrie and his wife Mary acquired a white and black Newfoundland who they named Luath after one of the dogs in Sir Edwin Landseer's painting Twa Dogs. It was Luath who Nana's costume was closely modelled on. Arthur Lupino, the first actor to play Nana onstage, studied Luath at the writer's home and many of Lupino's movements, such as banging a paw on the floor, were derived from the dog's own behavior. - Nick Water, The Newfoundland Heritage and Art

In Mary Ansell's (Barrie's wife) book Dogs and Men (1924), she wrote "...Porthos (the couple's first dog, a Saint Bernard) could never have made a Nana, whilst Luath was born one. All the delightful domestic duties performed by the stage nurse were exactly the kind of thing he would have reveled in, given the opportunity." 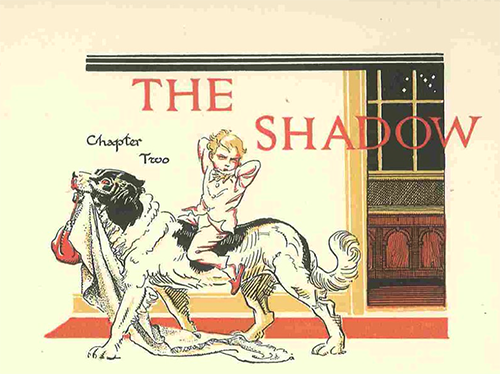 “Nana is the nurse of Wendy, John, and Michael Darling, hired by their parents to look after the children on George Darling's modest income. Even though he is somewhat embarrassed to have a dog in his employ, Nana is good at her job. In the original stage direction of the play it is stated that "She will probably be played by a boy, if one clever enough can be found, and must never be on two legs except on those rare occasions when an ordinary nurse would be on four." In fact, she was played in the original production and most subsequent stage presentations by a man in a dog suit. George Ali gave an impressive performance as Nana in the 1924 silent film adaptation." - Neverpedia 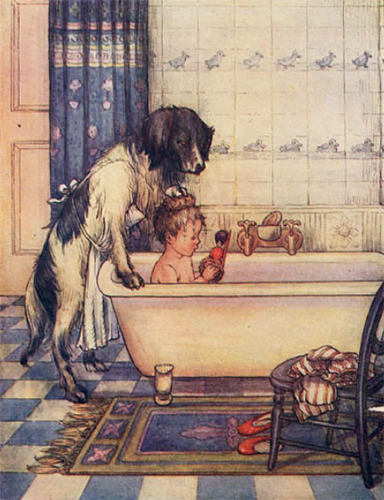 "Before Mary Poppins, there was Nana, a ‘prim Newfoundland dog’ who ‘proved to be quite a treasure of a nurse’. Nana’s charges were Wendy, John and Michael Darling and she looked after them expertly, despite Mr. Darling’s concerns about what the neighbours might think. Nana was prepared for anything – ‘she carried an umbrella in her mouth in case of rain’ – and ‘of course her kennel was in the nursery’, until that fateful day when Mr Darling chained her up outside and Peter Pan flew in through the window, ushering the children away to Neverland. On their return, we are assured that dear old Nana was reinstated to the nursery, where she lived to a ripe old age." – Claire Jackson, Country Life January 1, 2019 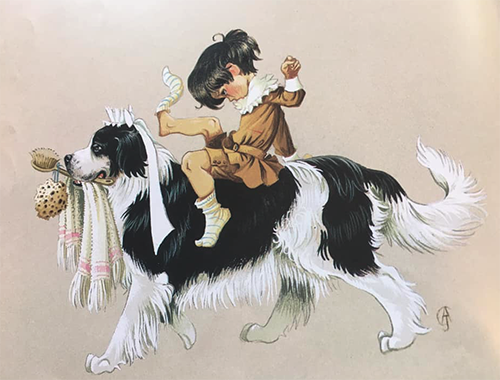 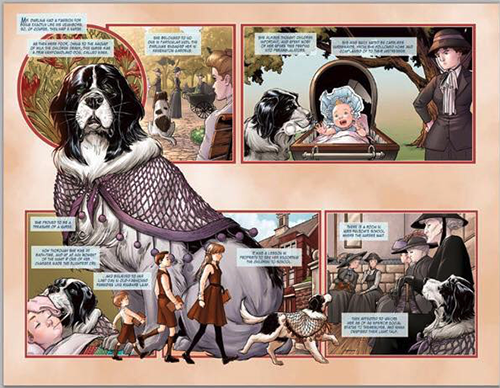